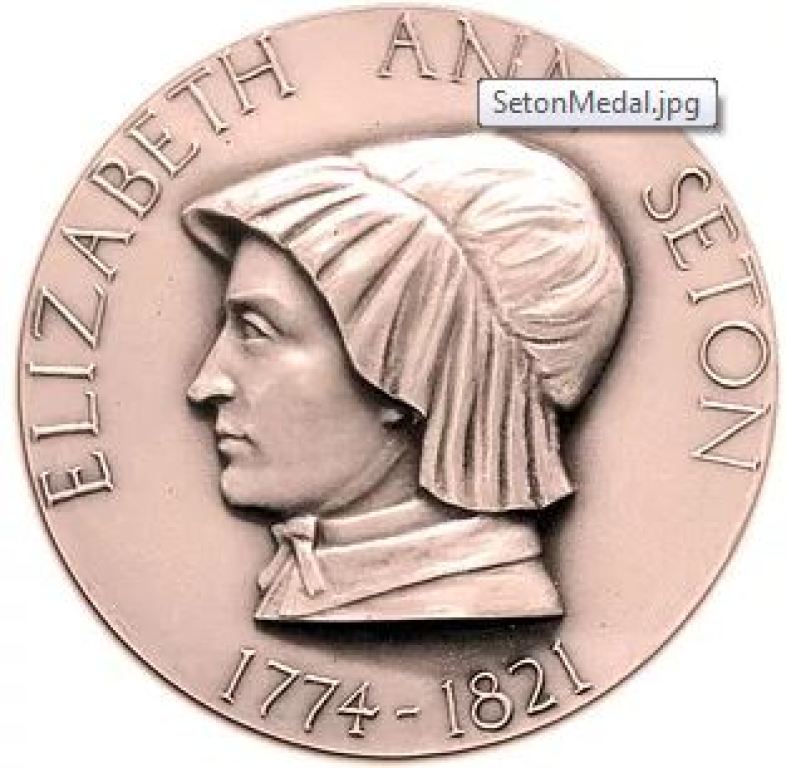 The couple had five children.  In 1803, William died in Italy, where he had sought treatment for tuberculosis.

While there with him, Elizabeth learned about Catholicism from the family who gave her hospitality.  During this time, wars bankrupted the Seton’s shipping business.

In 1805, after returning to New York, Elizabeth became Catholic, but the now-poor widow was abandoned by old friends.

She accepted the offer of a Baltimore priest to open a school for girls.  In 1809, she founded the US Sisters of Charity, whose schools and orphanages grew in number.

After much work for poor children and orphans, she died of tuberculosis at age 46.

In 1975, she became the first native-born US citizen to be canonized a saint.  She is the patron of converts, the loss of parents, widows, and those ridiculed for their piety. 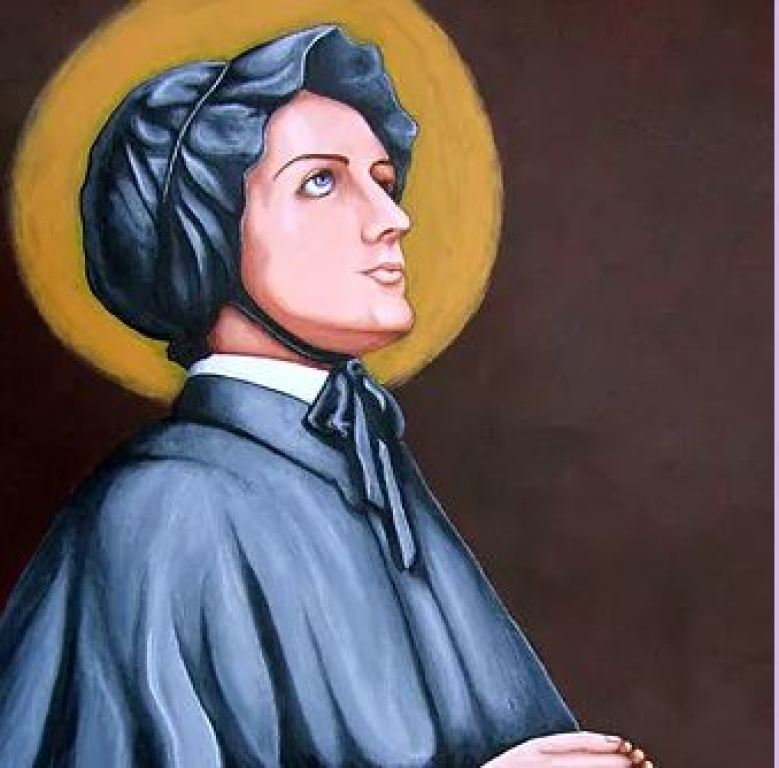